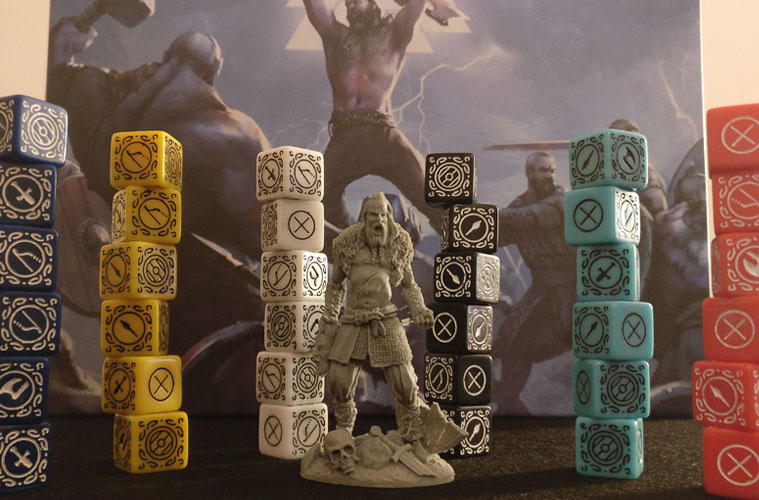 The editorial staff of Geek Robot d’Acciaio had the pleasure of receiving an exclusive copy of Valhalla, the new board game from Poland that will transport you into the Viking world, where the only thing that matters is winning the battles and. … well … die, but going to Valhalla !!!!

We hope to be able to give you a video review to let you see in detail the mechanical and components.

Valhalla will arrive on Kickstarter this month (October 2018), but it is already a crowdfunding success. It is in fact already out in a Poland crowdfunding site managing to unlock 30 strech goals. The nice thing is that all these strech goals will already be included in the ENG version that will be the protagonist of the upcoming Kickstarter campaign.
Do not be afraid Italian players friends: the text on the cards is very little and 90% of the game is usable thanks to clear symbols.

The manual of the core game and expansions will be available in Italian. Geek Robot d’Acciaio has participated in its review and therefore we are sure will be available immediately to all the backers and curious (at least in PDF version).

Let’s now look a little more in detail at this new board game with the Norse soul.

Already very rich the initial endowment of the game and we will see how much richer it will become thanks to the new strech goals unlocked:

Valhalla is born as a board game for 2 to 6 players, but in the package that they sent us there is also a “solo” mode so surely, as an add-on or as strech goals, we can play it alone.

The games will always remain under 60 minutes and more experienced players (or with more Viking blood in their veins) will lower this time to less than 30 minutes for 1 vs 1 matches.

Game setup is modified slightly based on how many players take part in the “battle”.
Immediately you discard from 0 to 40 cards from the deck of the game depending on whether you play in 2 or 6 players.

Each player receives a board that can contain his warriors deployed (up to 4), 4 shields of his clan, 7 warrior cards (holds 5 and discards 2) and a warrior card from a common deck discovered.
In addition each player draws 3 Jarl cards and decides which one to keep as his commander!

Choose carefully your Jarl!
It will surely be the most influential card in the game!

The most Viking-looking player starts first and then continues clockwise.
Each player’s turn is divided into two phases. In the first phase you can choose ONE of these Actions:

Attention if you do not have warriors on the board, you will be obliged to deploy AT LEAST one.

In the second phase the player can draw 2 cards and discard 1.

In the attacks lies all the beauty of the mechanics of the game. The attacker takes 6 dice and rolling them tries to match the results with the icons on the cards of the warriors he has deployed. When a warrior has all the spaces occupied it means that he descends on the battlefield and fights in the bloodiest way that comes to mind. If a warrior misses even just one die to complete his sequence then he can not participate and will remain watching his other companions dying with glory (what a misfortune!)
The player, if he want, can also withdraw all or part of the dice, discarding one that can no longer be counted.
BEFORE concluding its phase, the attacker may decide to use any number of war tactical cards. If he decides not to use them, he passes the hand to the defender. Once the defender’s turn has begun, the attacker can no longer intervene in the fate of the battle with other tactics.
The defender plays his defense phase in a manner identical to that of the attacker.

When both the contenders have finished their warriors, the force is compared and whoever has the highest value stands victorious on the corpses of his enemies (with the same score the attacker wins).
If the attacker is victorious he takes one shield from his opponent and ALL his warriors who participated in the battle are worthy to enter Valhalla, remove them from the board to place them face down (covered) to the side.
If he wins, the defender does not take any shield from his opponent but he can choose which of his warriors to send to Valhalla.

The warriors who win the battle go to glory. Odin opens the gate and sits with them at the Valhalla table.

The end of the game is when a player loses his last shield or when the last card in the deck is drawn (remember the cards taken in the beginning? Just to prevent a two-player game to be too long).
In both cases, however, the active player completes his turn and then each player, including the one who triggered the end of the game, make a last turn, of course if the cards are finished, without drawing new ones.

The Ragnarok is unleashed and counts the victory points given by the conquered enemy shields and their warriors sent to the Viking paradise and who has more wins!

But in short, this Valhalla deserves or not?

Valhalla is a very interesting game with components that are simple but precious. The creators of the game have really managed to release it almost entirely from the language and this can only benefit him during their second most international crowdfunding campaign.

The dice in particular steal the eye, highly sought after and personalized, as well as the size of the game cards.

The graphics are not revolutionary but they are very beautiful and make the overall mood of the game very well and make the player simply fall into the setting.

If you love games where those who guess the best planned strategy win, maybe this is not the game for you.
You can have the strongest heroes on the battlefield and the best war tactics in your hand and mind, but if you roll badly and you can not arm your warriors, you will have few hope.

But I really like this specific aspect of the game! We are VIKINGS not diplomats! We love blood, fight and beer! Give me an axe and a skull to break!

So could the game become boring after a few games? It might seem like this but the answer is NO. Because the marketing strategy put in place by the game authors is really winning according to me. I immediately give you all the strech goals and expansions of the past campaign (the Polish national) and the game already at its release on Kickstarter really becomes VERY rich in variations, with 6 different expansions !!! Some can be used at the same time, while others are to be used exclusively.

I really liked the game and those who tried it with me liked it too, and all this add-on material makes it really a delicious addition to your collection. In addition, its price is very competitive, about 40 euros all the box with expansions.

Here you can check the Kickstarter draft page (we will change this link with the live campaign when it will be online) and on the Facebook page of the game you can check all the news. 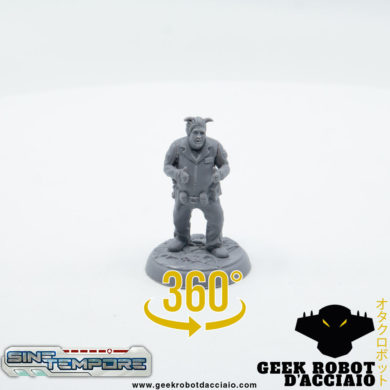