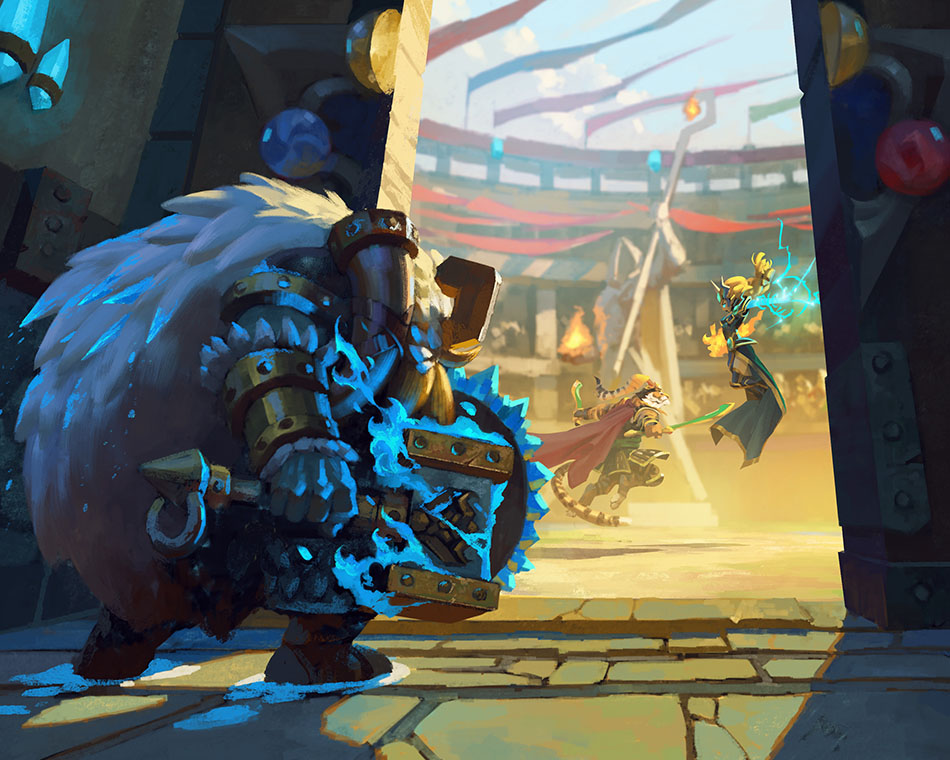 The land of Fabulosa was a true Eden, peace and tranquility reigned everywhere and there were no more conflicts since every dispute could be peacefully resolved with magic … in short it was a real bore!
The wizards decided to give the people a boost by going directly into the past to catch the best warriors that history knew to make them fight among themselves! Thus the brawls and the greatest spectacle that the human mind had ever dared to imagine were born: the Super Brawl !!!

Super Fantasy Brawl is the new Kickstarter of success of Mythic Games, house that has already given us a real treasure like Joan of Arc. We had already talked about this new game in a preview in February of this year when during a live it was announced by the editors themselves with a real surprise move.

In Super Fantasy Brawl two players (or four in a two-on-two version) face off in an arena in favor of the public that attends the “sporting” event. Each player chooses three of the available Champions and then deploys them on the battlefield. At this point the battle begins and they must move and have their Champions attack through the wise use of the cards drawn from their deck.
By defeating enemy Champions and resolving Challenges it will be possible to gain the favor of the public and with it valuable victory points (VPs), the first player who will collect 7 of them will have won.

No dice are rolled in Super Fantasy Brawl!

But let’s take a closer look at the game phases. Each round is divided into three phases: Scoreboard Phase, Activation Phase and Upkeep Phase.

During their Scoreboard phase, the active player checks if conditions for active challenges have been met. Challenges are the key to achieving victory. Completing these challenges will earn you victory points much faster than aiming to take down the enemy Champions.

During his turn, each player can play cards from his hand and use standard actions to activate his Champions, as long as he still has his magic core active.

During this phase a Champion may move and / or attack a target. The rules for these two aspects respect those that have been encountered several times in other competitive table games where players could give themselves of it and that surely are intuitive even for those who are fasting of games and have in Super Fantasy Brawl one of his first playful experiences.

You cannot move through enemies or obstacles (such as columns), nor can you end your movement in an already occupied space.
The movement must also be carried out following the hex row lines, each Champion has ample freedom of movement on the six possible paths that surround it but is not free to move in any direction.
The movement in this game represents an important tactical element, like a chess game a good movement is able to put you in position to launch an attack as well as to put you safe from the attacks of the enemies.

Instead, to make an attack you must declare a target that is in direct line of sight and at the appropriate distance depending on the attack chosen or that reflects the conditions of the attack (for example for an area attack).
Each Champion has a defense value and a certain number of hit points. The defense is that value which must be subtracted from the attack value one receives, while the hit points represent the vital energy of the Champion. To be able to defeat one it is necessary to reset them completely.

Each Champion of this game is unique and apart from differentiating itself by attacks and movement, it also differs in its peculiar abilities that can be activated thanks to the skill cards of its deck.

In addition to the actions that can be carried out thanks to the specific cards of your Champion, there are also standard actions, weaker and more general than the first ones, but which will allow you to take action if in a round you will be particularly unlucky with fishing cards from your deck of play.

During the Upkeep phase the used cards are discarded, new ones are drawn and the magic cores are reactivated, so that they can be used to react to the opponent’s actions on his turn. But be careful not to overdo it! Acting too much using reactions during the opponent’s turn, you risk to act less or nothing in your turn as you will have exhausted the magic cores for the reactions.
During this phase a new Challenge card is also drawn which is placed to the right on the board so that it is visible to all and the old challenges are scrolled to discard the leftmost one.

Traps are an ever-present element in Super Fantasy Brawl games! In the arena there must always be four active traps. As soon as one is activated, the player whose Champion has activated the trap takes one of his traps, randomly and without choosing it, and place it in the arena.

Super Fantasy Brawl is a board game with simple rules that aims to impose itself not only on the gaming tables of our homes, but also and above all in local and national tournaments.
Mythic Games wants to create a network of official (and very active) tournaments for periodic meetings during which players can choose their champions and face each other. These small and large leagues will reflect the minor leagues of Brawl and only the Champions who emerge from these clashes can aspire to the Super Brawl, an international tournament where only the best can compete!

Mythic Games immediately presents a very attractive bundle at a cost of 49 dollars in its current Kickstarter project. In the box dedicated to those who decide to finance the game, in fact, there will be as many as 12 Champions, while in the one normally dedicated to sales in stores, there will be only 6 Champions.

Expansions are also planned for large and small during the year to continue to feed this game and keep the community and the tournament activity alive. We’ll see if the Super Fantasy Brawl phenomenon manages to take hold in Italy! What do you think about it?
Here are some useful links and a gallery of images dedicated to the first seven Champions of Super Fantasy Brawl! 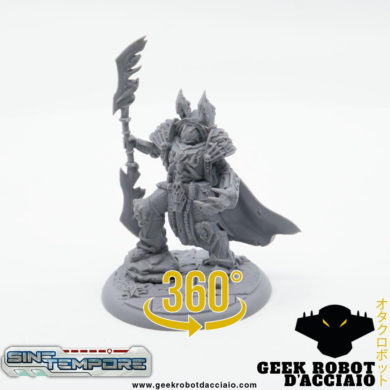