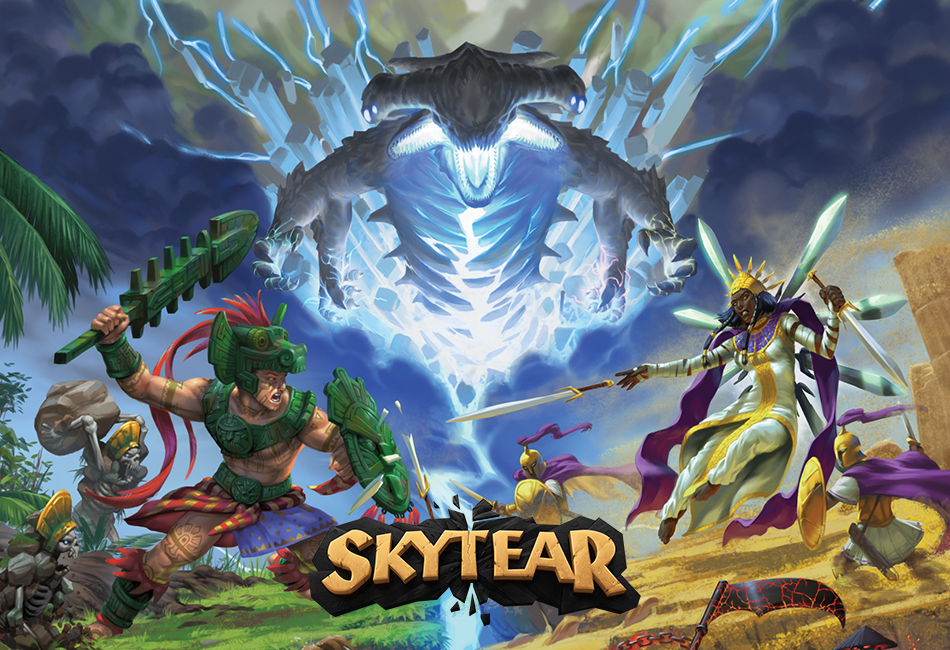 Do you know what a MOBA is?
Small and very fast revision: MOBA stands for Multiplayer Online Battle Arena, which could be translated as “a (game) area where two or more players they beat each other (online)”.
You choose characters/heroes with more or less unique characteristics and based on these you change your game strategy.
Among the video games that have made this type of game great, it is impossible not to mention League of Legends (LoL).

The MOBAs have been invading the board games world for a while (but do not see it as a virus). Not that there were none before, but their presence in physical games is becoming increasingly important. The developers of board games looked around and said <<Why not?!>>.
And even the PvP Geeks team must have felt stimulated because they created Skytear!

In the world of Olan Taa, enemy factions clash for the conquest of Skytear, the very essence of the gods of this alien world.
Each faction lives on its floating island in the sea clouds of Olan Taa, from time to time the need for new divine essence pushes a faction to attack a rival. At that point the floating islands collide, thus generating an incredible explosion of essence with incredible magical potential. On this battlefield formed by the two islands almost fused together the game takes place.

Each player can choose four characters (Heroes) that will guide his troops (Minions) in battle.
To be able to take possession of all the essence of Skytear, one faction must succeed in overpowering the other satisfying the victory conditions dictated from time to time by the capricious gods of Olan Taa.

The setup is one of the strength points of this game. It often happens to run in a very nice board game but with a long and complex setup, with thousand tokens and cards. This is not the case of Skytear, it takes a couple of minutes to prepare the game table.

There are two phases: the Heroes phase and the Minions phase.

In the Heroes phase, the Heroes will be activated and can perform Actions and play Power Cards.
While in the Minions phase, you will have to calculate the results of Heroes’ actions, deal damage and move the troops accordingly.

The Heroes are naturally the strongest piece you can count on to defeat your opponent and are used in every turn of the game, simply passing them from Ready to Exhausted (tapping them like in Magic).

Each turn will be able to play up to three (3) actions among them (without ever repeating them):

Heroes are also important because they have mana that allows them to play Power Cards. There are two (2) types: Action and Reaction, depending on when you can play them.

Movement, Attack, Skirmish and even their own Special Action are really very simple and intuitive to understand and perform on the battlefield. The only one that deserves an additional explanation is the Lead action.
When a Hero decides to Control an area on the battlefield (indicated by a Control marker) he places his own Power Card next to the zone, if instead this action is done at the center of the battlefield, more precisely in the area called Dome, then the Power Card goes to influence the Outsider.

The Outsider is a powerful and wild creature, created by the Skytear energy that has freed itself in the air from the clash between the two floating islands. It does not belong to one faction or the other, but the two (or four) players will have to fight each turn to use it and unleash in the opponent’s direction.

After the Heroes have made their moves, you need to calculate who has the most control over the Control Tokens, positioned (at least initially) in the center of the battlefield and more precisely on the left, right and center, into the Dome.
A score is awarded based on how many Heroes and Minions are present near the Control Token, this is then added to the Power Cards played thanks to the Lead action.
The winner can now inflict damage and penetrate enemy territory!
If instead you manage to win the battle of control on the Control Token in the Dome then you can unleash the fury of the Outsider!!!

We fight under capricious deities and so every game the win conditions will change. At the beginning of the game, remember that we shot three cards? As soon as a player is able to meet any of those three conditions, then he will be declared winner, without finishing turns or anything!

If the tie persists then the friendship wins the game and you will have to challenge yourself again to control the Skytear!

Skytear is a game title that stands out for many reasons.
The play time are really at the minimum and this is certainly good. The setup is very fast and the downtime is practically nothing both playing in two or playing in four (two against two).
The replayability is very high and is mainly dictated by two factors: the number of Heroes present in each faction and the conditions of victory.
Each faction has six (6) Heroes, which allows us to obtain fifteen (15) game combinations for each side. Moreover, the fact of drawing random victory conditions to every game increases the battle fortuity by not allowing the same Heroes to always be chosen. Our heroic selection will also vary based on your opponent’s choices (for the principle of Tank> Assassin> Mage> Tank).
The components seem really accurate, both in the design of the miniatures and on the paper elements. I really like the Power Cards and the Heroes Boards and the stylistic choices on the factions have conquered me. I can not wait to see the miniatures as they will be made.
The game will be produced in many languages, including Italian! And this will surely please many players in our country, more and more often in trouble because of the lack of perfect knowledge of English.

I liked it? YES! For all the reasons I mentioned above and the good balance of the rules and factions. In the games I’ve done there has never been a written victory from the beginning, but always pulled to the end (unless you make wrong choices one after the other).
And you also need to consider that I don’t like MOBA videogames! So if you are also passionate about that type of videogame, Skytear could turn out to be more than just a board game for you!

Skytear is now live on Kickstarter with two pledges: one € 85 (which contains two factions) and one more important € 140 (which contains all four factions).
New Heroes and Power Cards will surely be unlocked as strech goals. Already the first strech goal is ready to be unlocked and will be very important, as it will make it possible to play a League.
The League mode will allow us to “build” our heroes, game after game, equipping them with increasingly powerful equipment and making them learn new skills thanks to the accumulated experience. Given the duration of a game is less than 60 minutes it is easy to speculate leagues of friends who spread league matches crossed for the control of Skytear over several days! 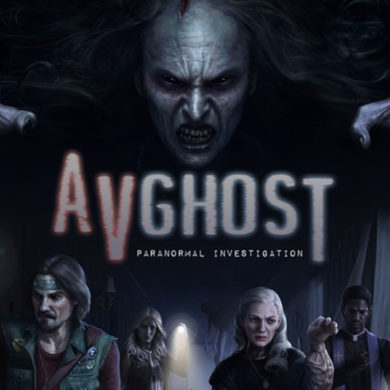