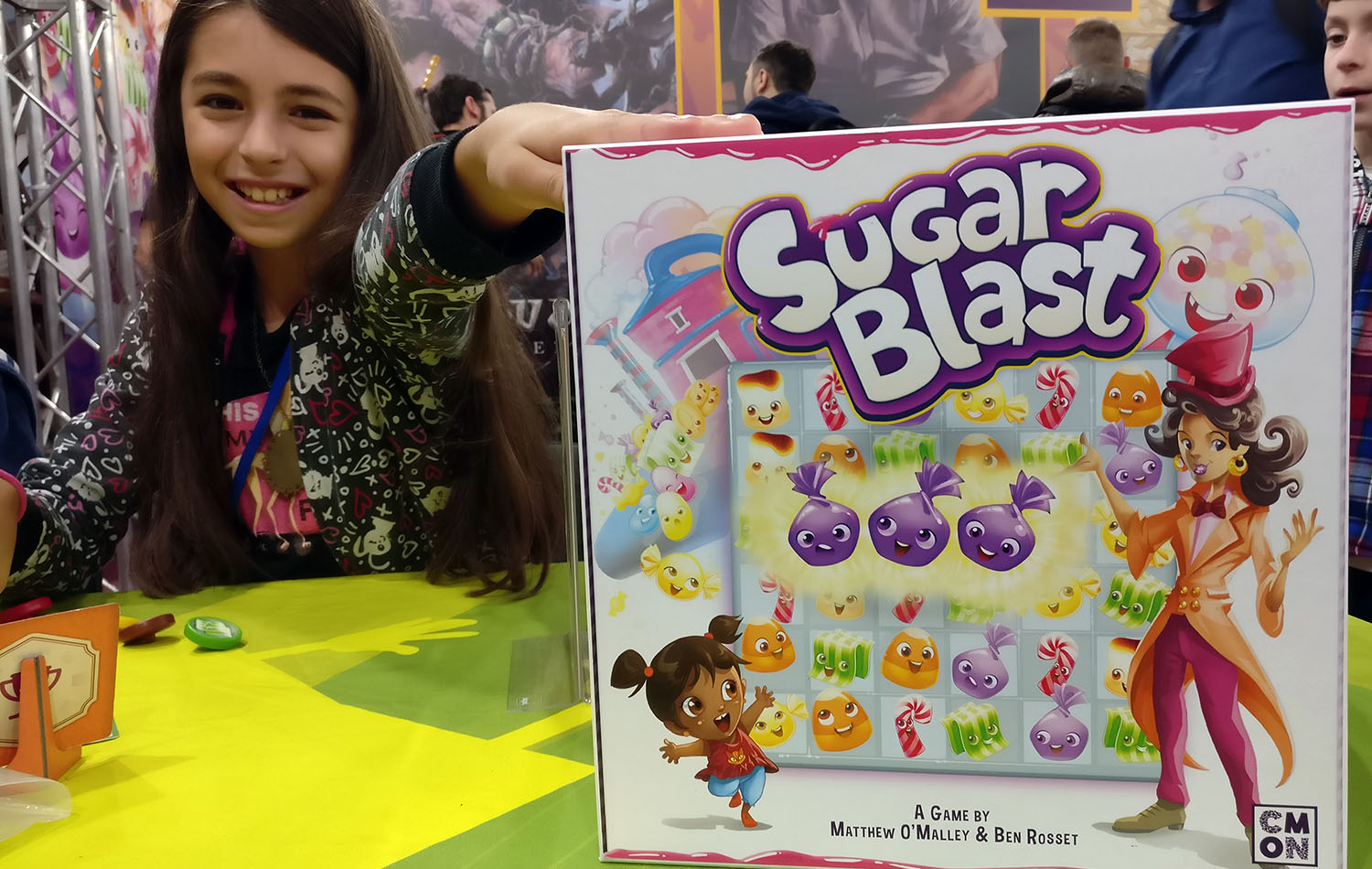 Walking around the tables at the Lucca Comics & Games we have made a lot of stops at the tables of CMON to try a new game: Sugar Blast!

Sugar Blast is the latest born from Tetris‘ play heritage. Combine game elements (candies in this case) to Blast them, create a new set-up and continue with the game.
In Sugar Blast your goal will be to chain candies of the same type to collect and create many combos of sugary explosions, so you can win the game!
At the beginning of the game you draw a card that indicates the victory’s conditions, usually a certain set of candies to collect, and start!
At his turn, the player swaps two sweets and if in the new arrangement 3 or more of the same type are horizontally or vertically contiguous, generate the BLAST!, these candies are removed from the board and you gain one of the candy just eliminated.
At this point the board is tilted towards the active player (TILT!) and the candies slide in position to fill the gaps (thanks to gravity), new sweets are drawn from a bag to fill all the remaining gaps and check if there are any other combinations (other BLAST!). If there are …. again… explosions of calories in spite of low-calorie diets and new round and so on until there are no more combinations.
Then the hand passes to the player on the left and continues.
When one of the players fulfills the victory’s conditions then the game ends immediately and the winner is declared!

The game is really fun! Naturally, the target audience is clear, children (ages 5+) and families will have a blast of fun blowing up sweets and sweets.
The CMON writes from 8 years upwards, but I think more than anything for fear that some children could decide to taste the game’s candies to see if in addition to the appearance also have the flavor of candies.
Even the occasional players will spend some nice minutes of fun and since a match takes less than 30 minutes it will be easy to find the time to play a game.

The only flaw, but we do not see how it could have been thought otherwise, you can only play in four (one on each side of the board of course).

We thank once again the CMON and the demonstrators that have allowed us to play this new game. 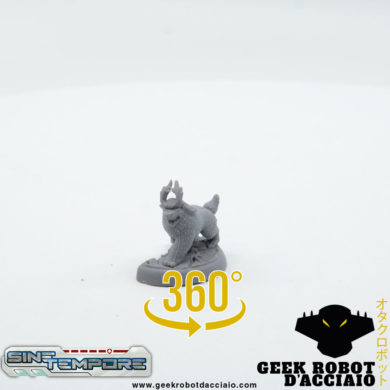