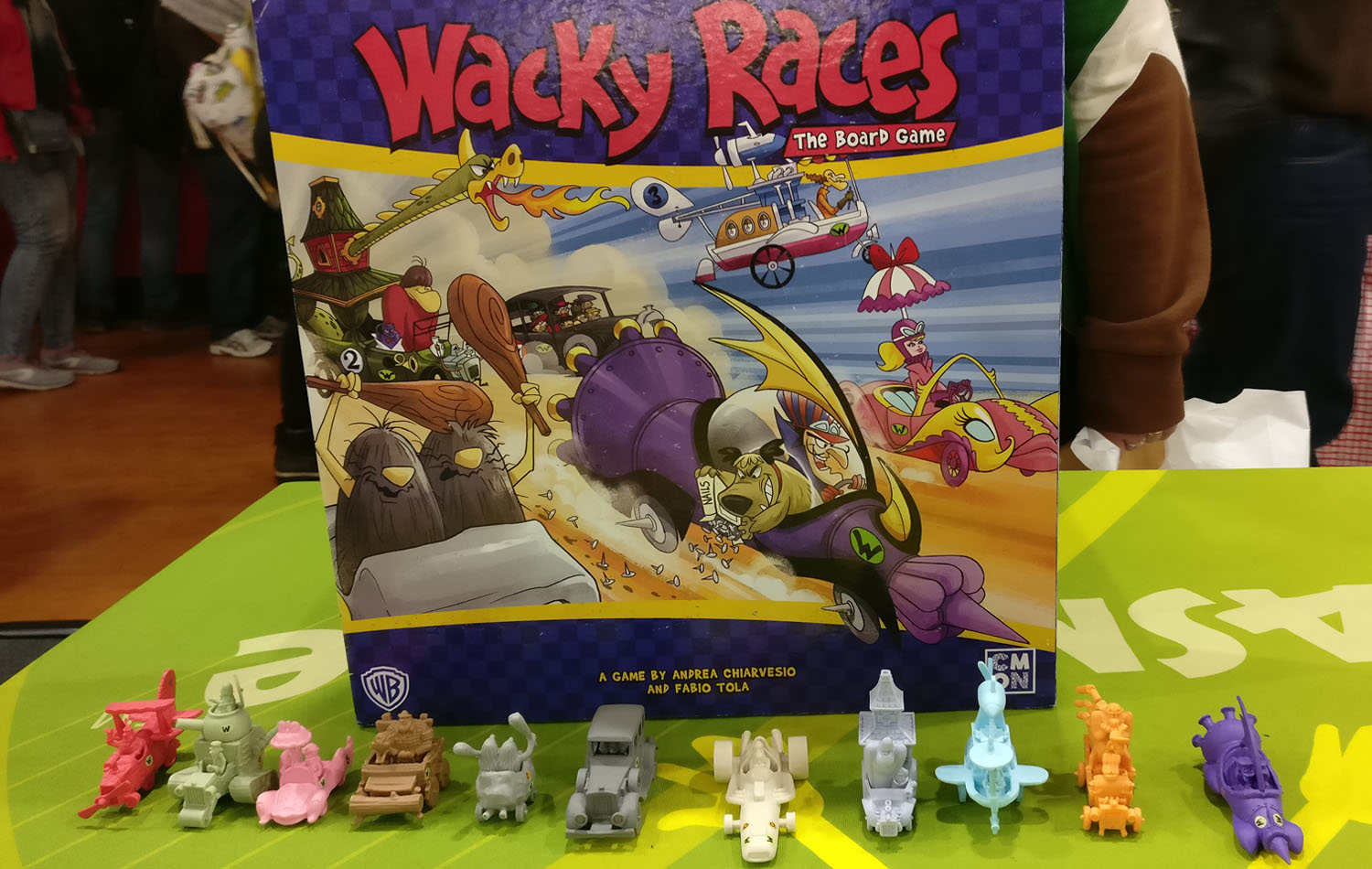 One of the games we played (and played and PLAYED again) at Lucca Comics & Games 2018 was Wacky Races.
The CMON board game, soon to be released, is taken directly from the famous cartoon Wacky Races produced by Hanna-Barbera in the late 1960s.

In Wacky Races, a group of bizarre “cars” driven by particular characters challenge each other on different tracks all around the world.
The nice thing was that every “car” was super customized, there was an airplane and a war tank, a haunted house on wheels and a limousine of the ’20s full of midget gangsters and much more, and each competitor tried to maximize his unique peculiarities to overcome obstacles found along the way.
All characters managed to alternate with victory, but who really never won was Dick Dastardly! The Mean Machine pilot, “helped” by the faithful Muttley (a doggie with dubious loyalty), tried in every way to win race on race using any means, especially if fraudulent, often stopping when he was in the lead to prepare complicated unnecessary traps by renouncing so to his advantage.

All the colors and uniqueness we find in the cartoon, are transported by CMON in this new board game.

Each player plays one of the characters made famous by the cartoon and uses the unique characteristics of his vehicle to win the race. Each crew has 4 skills available, different for everyone, but similar in use. These skills will allow us to advance faster, hinder the other competitors and overcome the pitfalls that we can find during the race. The traps that naturally will be placed by Dick Dastardly, the only character that we can not interpret, because he is autonomous and destined (poor) to never win in this table game.
The good Dastardly will move automatically according to our movements and if he manages to take the lead the race will place traps along the track, but then return to the queue group.

The tracks will be randomly composed of cards that will represent different terrains and in order to move forward you will have to discard the corresponding card from your hand. All this in a very simple way so that even a child aged 5 and above can play almost completely autonomously.

The cards are simple, but functional, and the graphics of the pilots, their skills and the game boards are spectacular and fully reflect the style of the original cartoon. The miniatures are very detailed and well done and we have seen them both painted and unpainted. The unpainted miniatures will still be very beautiful because they are each made in different colors and contextualized for the character (for example Penelope Pitstop is pink, Dick Dastardly is purple and Red Max drives a red biplane). Of course the painted miniatures ….. are fantastic and steal the eye thanks to a good attention to detail both on the cars and on the characters.

Andrea Chiarvesio and Fabio Tola, are the authors of this beautiful board game published by CMON that will be released in the first months of 2019 in two versions, regular and deluxe (with pre-painted cars).

Both Gaia and I have been won over by this board game and even Federico (the youngest player in the Geek Robot d’Acciaio group, just 5 years old) managed to have a good time with this game (only helped where he need to read) and we are sure there will be several crazy races in our editorial board in 2019!

Thanks to the CMON and talented demonstrators for explaining the rules to us and let us play this crazy board game! 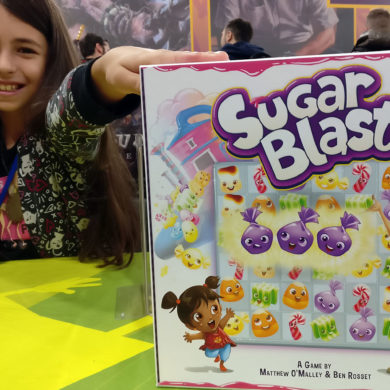