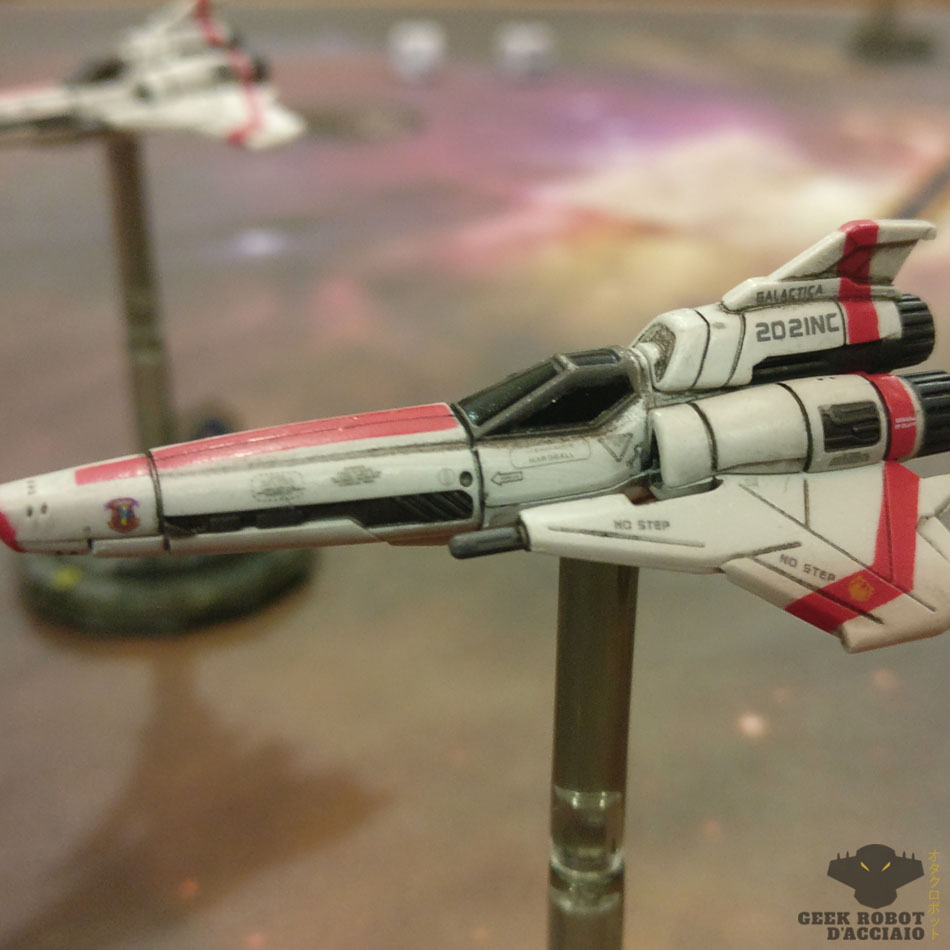 Thanks to the initiative of the APS La Tavola Rotonda we spent a really different and stimulating Saturday afternoon.

We went to the Frascati library to attend the International Games Week @your Library event attracted by the idea of trying out the new board game by Andrea Angiolino and Andrea Mainini, Battlestar Galactica Starship Battles, published by Ares Games!

The board game Battlestar Galactica Starship Battles takes its cue from the homonymous TV series that narrates the deeds of a human colony in its almost desperate struggle against the Cylone breed aboard the Galactica ship.
In the game a player will lead the human resistance on star fighter Viper MK.II while the other will line up on the side of the cruel empire Cylone and will try to finally defeat the human species.
It is of course possible to play in more than two players, simply by surrendering control of one or more spaceships to an ally. We even played in 8, 4 against 4!

To show the game and explain the rules there was one of the authors, Andrea Angiolino, and this did nothing but make this our first match to Battlestar Galactica even more special.

The setup of the game seemed really easy, simply line up the two sides from one side of the pitch to the other and arrange the star bodies (meteorites) to add variables and tactics for maneuvering.
Each spaceship has values of Acceleration, Altitude, Speed and Kinetic Energy to keep an eye on and that will define the possible maneuvers during the battle.
It also has an attack value and a total of structure points (over which it will explode).
Each driver has a deck of maneuver cards to choose from each round, equal for all (at least for all the pilots of the same deployment) and the game rounds are all at the same time, there is no initiative that allows us to shoot an enemy before that these can shoot us back, then we must try to predict what will be the moves of others to get in line or on their side, trying not to be in front of their lasers!

Each turn is divided into three phases: Planning, Movement, Fire!

In the planning phase we will secretly choose our maneuvers and will be unveiled by all players at the same time.

In the movement phase, one at a time, we will carry out the maneuvers we have chosen and move according to chosen trajectories and speeds, checking for possible (painful) collisions.
It will be necessary to be careful not to collide with other ships, asteroids or even to end up outside the game quadrant (in that case the ship is given for lost).

After all players have moved, it will then be time to check the possibility of firing on a target. The possibility of firing on an enemy depends on the distance that separates us from him and the line of sight. An enemy will have to be clearly before us without any obstacle (friend or enemy) to hide it. The closer it is, the easier it will be to hit it.
If it is possible to hit, the dice are launched and if we are lucky we will hit our opponent who will have to draw one or more damage tokens.
The damage suffered remains secret until reaching the spaceship limit and its destruction.

The game ends when all the ships of one of the two sides have been eliminated from the game. Since we always play at the same time it is possible, although unlikely, that the last ships will be eliminated in the same turn and therefore the fight ends in a draw.

Our game lasted about 90 minutes and ended with the victory of the cylon spacecraft. We were part of the terrestrial lineup and the ship of Gaia found itself alone at the end of the game against two enemy vessels. Although he had not suffered damage so far (congratulations!), after a couple of rounds in which the enemy fire focused only on her, she had to give up.

The game seemed very easy to learn. The rules with which we played are simplified and so perhaps the full version could be more complex, but in reality the only “difficulty” we have encountered is getting to grips with your deck of maneuver cards. Once you understand what are your chances to get away from danger or move behind an enemy, the game becomes very fast and the rounds follow one after one another. It is no coincidence that the same author told us that the average times for a 2 or 4-players game remain under 60 minutes.

We are curious to try the full version as soon as possible and do a few more games to better master Battlestar Galactica Starship Battles’ space fights! Surely as already happened for other games of this kind, new spaceships will come out in the future, even larger, which will make the battle and the games more varied. Although already enjoyable in this starter version (or base).

The level of detail of the spaceships, ready and painted, is truly incredible.

We thank again the association La Tavola Rotonda for the initiative, the library of Frascati for the ospitality and Andrea Angiolino for his work as a game designer and for giving us a few gems about the creation of the game, such as the first paper prototypes made for the very first test matches. 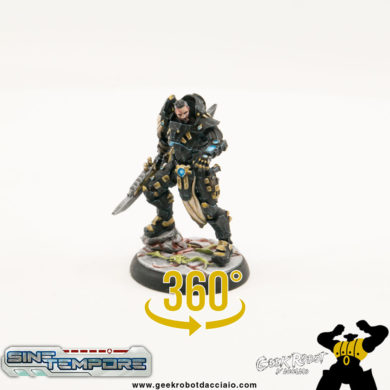