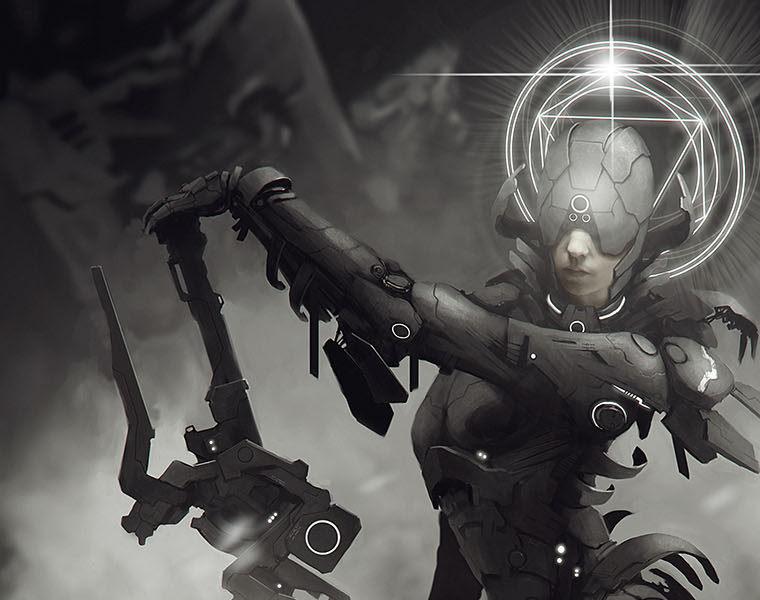 When I found them, they were lost. The offspring of a race that generates only twins. They were lost and I saved them. Their redemption was painful. Pain that was amplified by their symbiotic relationship. But in the end, they were reborn. They understood which was the right way. I showed them the miracle of justice and the power of punishment. And they understood. Their wonder when I illuminated them with my knowledge, was magnificent. They gave me everything. Their two bodies were now mine and I reforged them.  When they woke up in their new life, I gave them the most precious things I owned so they could use them in their mission. They had now become my specimens, my favourite children, my Blessed Weapons.

For the rest of their lives they will wear the dark uniform of ignorance they will live in in the past, and their sparkling weapons will instead be the emblem of Pandora‘s wisdom.

When the twins arrived at Pandora, their hatred towards everyone was clearly visible, almost palpable. But when they accepted the matrix their troubled souls found peace and became the blessed heralds of his power, his favorite sons, Alpha and Omega.

The contract that agents known as the Blessed Weapons have signed up with Pandora is simple, they have become her favorites and in exchange for power and protection, they have become her agents, who continuously transmit all the information to her ( even without needing to speak) and carry forward his will.

Their own brothers and sisters look at them with fear and respect, where others fail, they are always successful. They achieved perfection according to the genetic mantra of “What Alpha begins … Omega ends”

The Blessed Weapons are the most unique characters in the entire Sine Tempore heroes park. Their particularity lies in their mechanics and skills, as well as the fact that the player will move two miniatures on the game board. Thanks to the double-sided activation token it will be possible to keep track of the model to move, activation after activation. This makes the game of Alpha & Omega very tactical, as being able to strategically position the two twins on the field you will be able to get huge benefits from their synergy.

Among their tactics perhaps the most useful is the Gemini Sense, which allows you to continue to use a certain Blessed Weapon, without having to flip the activation token and use the other twin.
Another innovative mechanic is the Twin Effect, it is a condition that you will find on almost all the twins’ abilities and if satisfied, it will allow you to perform spectacular combo actions and inflict serious damage to your opponents. For example with the Entropic Shield ability using Alpha, you can make a shield attack that will not only deal damage, but will push the enemy onto the battlefield. If the target of the attack is pushed next to the Omega model, the twin effect will be activated and Omega will be able to hit it with a basic attack.

Below you can see their two incredible miniatures! 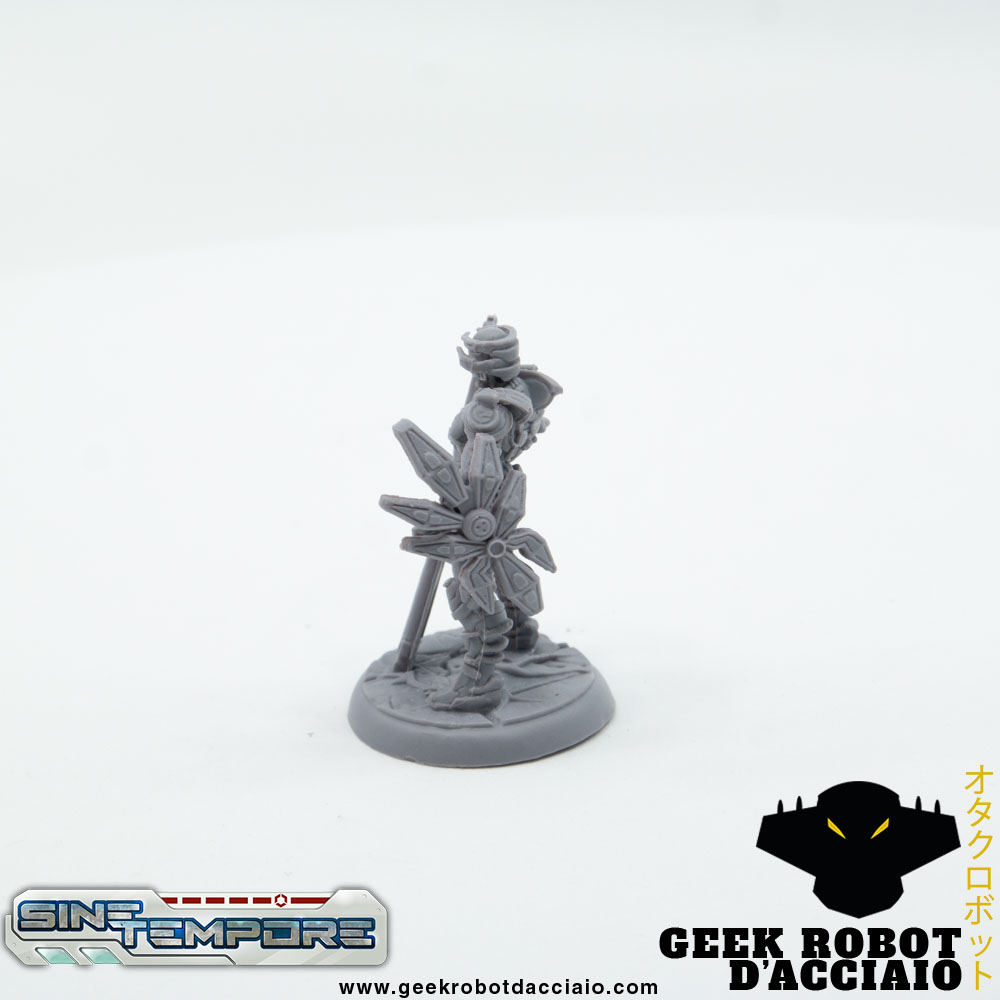 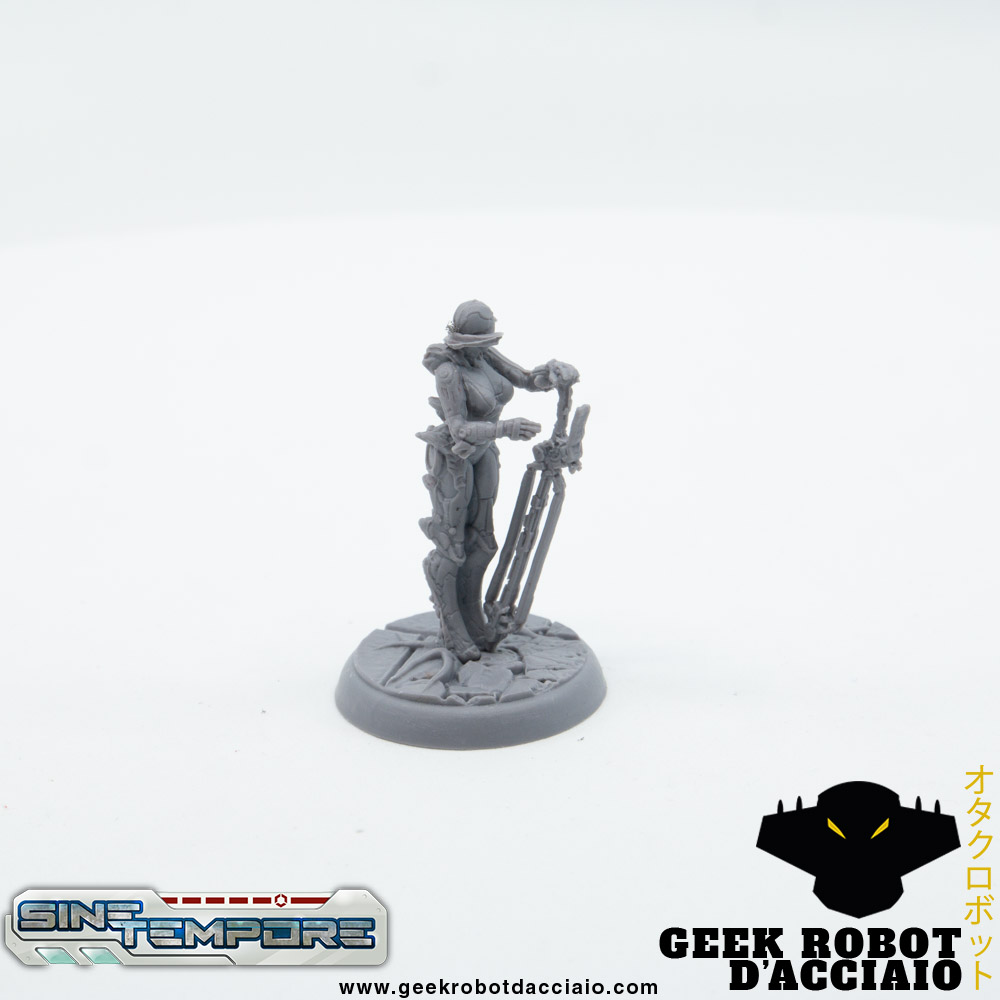 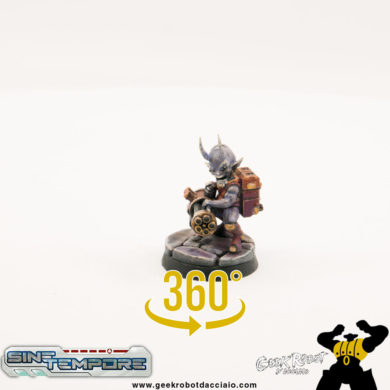